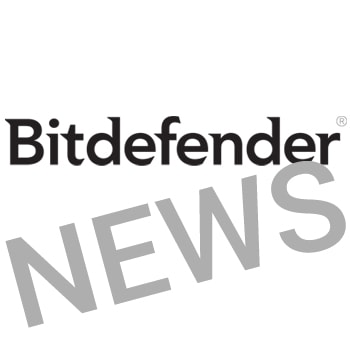 Bitdefender Labs security researchers have discovered several vulnerabilities in popular EZVIZ smart cameras. Hackers can combine them and gain control over systems and access to content. An estimated ten million devices are affected.

To do this, the perpetrators bypass existing authentication mechanisms. Bitdefender has informed the manufacturer and provided updates. Users should definitely patch and update their cameras. It is estimated that around ten million devices are affected. The estimate is based on known Android and iOS installations.

On the one hand, hackers can use the gaps in the API endpoints to perform various actions on unpatched cameras and gain access to the video feed. Also, they can extract the code for decrypting the images. Finally, they are able to recover the admin password, giving them full control over a camera.

The experts diagnosed various vulnerabilities in the EZVIZ intelligent devices and their API endpoints. The attackers use the constantly active and open communication channels between the smartphone app and the device via the cloud via MQTT tunnel or HTTPS.

While one of the channels handles the audio-video stream, the second channel transmits control commands and configuration commands that a user sends to the API endpoint via the smartphone app. The /api/device/configMotionDetectArea API endpoint that configures motion detection does not check whether a command from the cloud server has the intended length in the local stack buffer. In the case of buffer overflow, the hackers can execute code remotely.

🔎 Communication between smartphone app and EZVIZ camera via the cloud (Image: Bitdefender).

Other API endpoints have vulnerabilities due to an insecure direct reference to objects. Cyber ​​criminals can access other users' resources simply by needing the resource's ID. There is no control of the access rights of the person. Since the IDs are assigned serially, the attackers only need to increment them in order to be able to access other resources. The attackers then send their payload and – as already described – can execute the code directly after a buffer overflow.

The images encrypted by the camera when they are saved can actually only be decrypted using a random verification code. Each camera has its own code. However, the short codes can easily be opened up using brute force attacks. Additional passwords for encrypting the recorded material can be called up simply by knowing the serial number of a device.

A service via port 8000 to control and configure the camera in the same local network allows attackers under certain conditions to obtain the administrator password after a request and thus have full control of the camera. This is the case, for example, if no user had authenticated himself after commissioning.

More at Bitdefender.com About Bitdefender Bitdefender is a leading global provider of cybersecurity solutions and antivirus software, protecting over 500 million systems in more than 150 countries. Since it was founded in 2001, the company's innovations have consistently ensured excellent security products and intelligent protection for devices, networks and cloud services for private customers and companies. As the supplier of choice, Bitdefender technology is found in 38 percent of security solutions deployed around the world and is trusted and recognized by industry experts, manufacturers and customers alike. www.bitdefender.de

According to the BSI - Federal Office for Information Security, thousands of servers were attacked worldwide in a widespread attack ➡ Read more

Code packages as a gateway

Security researchers highlight another scam that has become popular among hackers over the past few years. Infected code packages with malicious command lines ➡ Read more

Lexmark reports two vulnerabilities in over 120 relatively new printer models. Many devices are also for the SME sector and have a ➡ Read more

According to various media, hackers had access to almost 35.000 PayPal accounts. The provider was not hacked, but the accounts by credential ➡ Read more

2023: Enterprises must optimize their IT defenses

Cyber ​​criminals never stand still. They constantly improve their methods and intensify their attacks on available targets. 2023 will be company ➡ Read more

Is HIVE behind the attack on the Potsdam administration?

It is not yet entirely clear whether HIVE is behind the cyber attack on the Potsdam administration. In a statement from the administration ➡ Read more

The analysis is part of an ongoing project in which Bitdefender Labs experts are investigating the specific security of IoT hardware. The full report is available at: https://www.bitdefender.com/files/News/CaseStudies/study/423/Bitdefender-PR-Whitepaper-EZVIZ-creat6311-en-EN.pdf .

Copyright for all images: Bitdefender.

Figure 1: Communication between app and smartphone via the cloud.

Figure 2: Remote execution via APIs: after requesting a panorama shot, third parties can download the images. 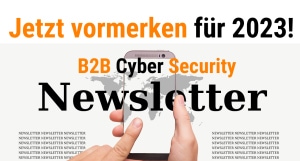